Since its founding in 1752, Winchester has been a special place made so by special people. Its growth and development has paralleled that of our nation, from an agrarian outpost to an industrial and commercial center; from a frontier town to a place with outstanding cultural and educational institutions.

National figures have left their imprint on this community, including such luminaries as George Washington, Gen. T.J. "Stonewall" Jackson, John Kirby, Adm. Richard Byrd, and Patsy Cline. This rich, diverse history is reflected in the buildings, places, and spaces that comprise Winchester and its environs. 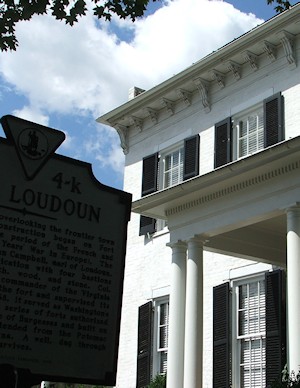 The Founding of PHW

Sparked by the demolition of a significant Federal-style residence, PHW was formed in 1964 from the grass-roots preservation movement to preserve the community's architectural heritage. Working with the city, a local preservation ordinance was enacted in 1976 to help protect the downtown core. A National Register Historic District soon followed to provide tax incentives for historic preservation.

PHW created the Jennings Revolving Fund to protect and return to the free market more than 80 historic structures. PHW also provides advice to property owners, enabling them to maintain the historic character of these structures and the historic district. Over the decades PHW has sponsored educational programs and seminars, annual house tours, and historic tours that inspire, educate, and assist property owners and government officials to further these preservation efforts.

Above all, PHW strives to foster a preservation ethic in the community by infusing the thinking, actions, and public policy of Winchester's citizens and government with the knowledge that historic preservation is a tangible demonstration of the aesthetic and economic benefits of preserving our past.